2019 Champion Richard Bland, from Stoke by Nayland (on left), with Jubilee Chairman Phil Redhead (on right) 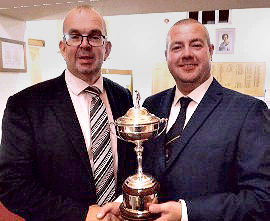 Playgolf Colchester the 2019 runners up 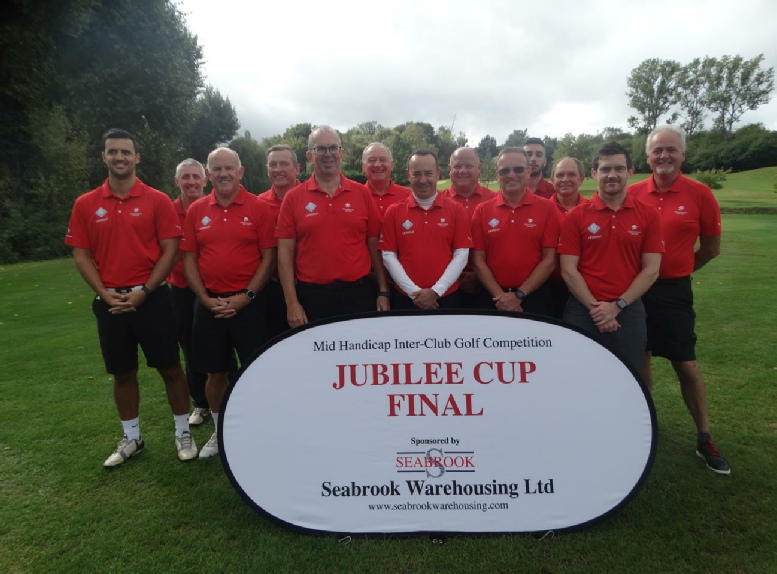 The Finals day was hotly contested, and gloriously hosted by Canons Brook Golf Club - our full thanks to Sandra, Neil and the Canons Brook crew for a fantastic event. 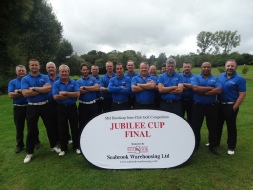 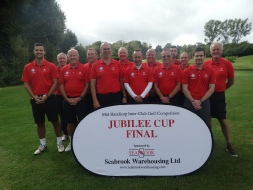 The day was forecast to be extremely miserable (weather-wise), and a late tee caused some Committee concern as to failing light. As expected though, fierce matches ensued. However they still were played in the friendly spirit that we come to expect with the Jubilee Cup and our mid-handicap players. 5&4 is very much representative of the competitiveness of the match throughout, with Playgolf having initial dominance on the roving scoreboard. As the day progressed, a more even score of All Squares appeared on some of the games, leading us down to just two crucial matches.

The final Singles match of Playgolf Captain Matt Clark against SBN’s Richard Fryer was squared on the downhill par 4, 17th hole, after Rich knocked it to a few feet from the fairway bunker. Fortunes turned however on the 18th tee, as Richard’s tee shot very nearly found OOB, but Playgolf’s steely captain made the best drive of the day, straight down the middle (much to the chagrin of his caddie, who was quietly suggesting a safe 4 iron!!). Fortune favoured the brave. however, and Matt won his match on the 18th to make the overall standing as 4 points each to both teams.

Lastly then, we all raced over the 6th hole where the final Pairs match was playing its 17th hole. Darkness and rain were descending at this point, but the full teams and supporters followed the four-ball down the fairway, and the competitive carried on with an excellent punch out of bunker, and some good putts, to secure the SBN partnership of Steve Martin and Adrian Cherry and 2&1 victory – and ultimately to secure Stoke by Nayland’s third consecutive Jubilee Cup Championship.

Result 5&4 against Matt and his Playgolf Colchester runners up. 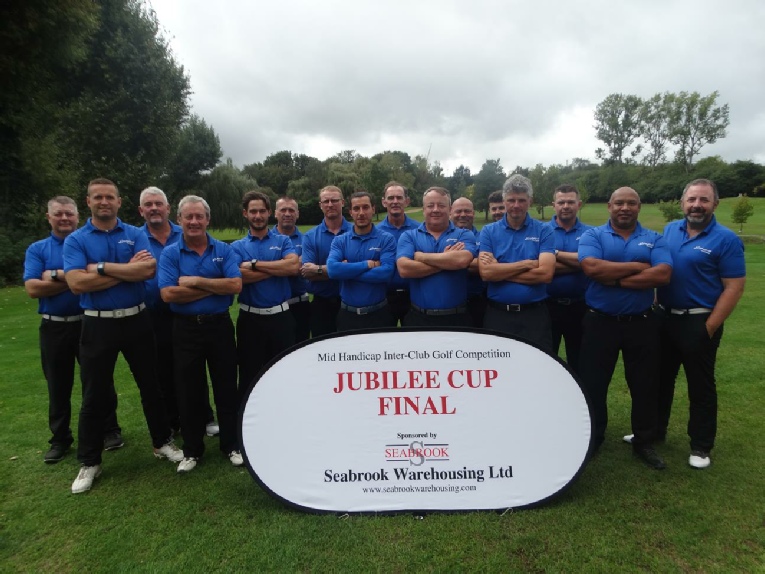 All individual player and Pairs results are showcased on the Order of Merit tables within our website, and as we watched the Finals at Canons Brook there were ten competing players who could gain position and award based upon a positive result.

Despite a great performance from Steve Rattray from Crondon Park into the Semis, the Finals saw two Playgolf Colchester players gain much ground and taking both Runner Up position (for Alan Smith and his 5.5 points), and ultimately Jubilee Cup Singles OoM winner, Captain Matt Clark with two losses and six wins in 2019. 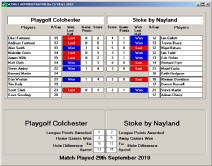 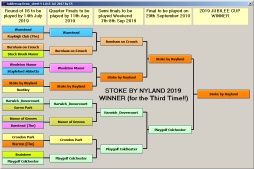 Matt is seen here with myself as Jubilee Chairman, and proud to hand his trophy 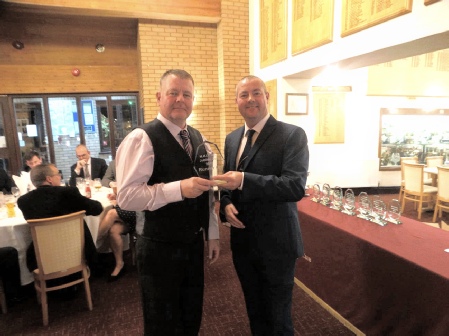 A very different position with the Doubles. Following the Semi Finals, some great scoring by the Harwich & Dovercourt partnership of Rod Noakes and Nigel Carpenter meant that I had the pleasure of their company to present them with their shared Winner trophies at Canons

Brook. In addition, an improved position by Playgolf Colchester players Dan Weston and Tim Bailey saw them make ground, but with Dan having a better hole difference and therefore securing the Runner Up position alone.

Pairing are seen here with their Jubilee Cup Captain also 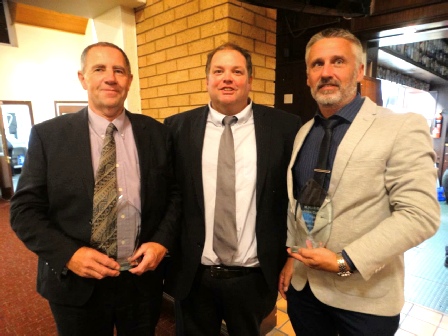 Thank you to all competing clubs and all your players – your feedback has been exceptional this year, and from Neil, Alan, Christer and myself, we wish to thank you for all playing in the spirit that we try and uphold.

Thanks to our host clubs Crondon Park and Woolston Manor for offering up their courses to hold these key matches – which saw both Burnham on Crouch and Harwich & Dovercourt, fall by the wayside to our finalists.

Both matches were very closely contested, and for the majority of the matches the trend was either the reverse of the final scoring or indeed tightly compacted. 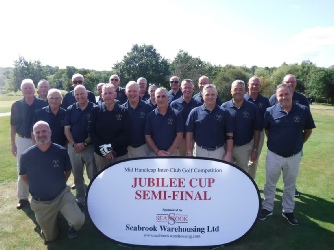 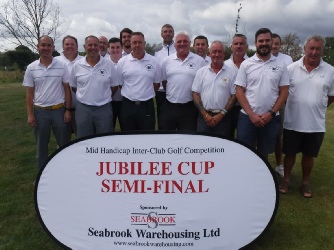 Full results shown down to individual match levels on our website, and proved key for Order of Merit final results also to singles and pairs players 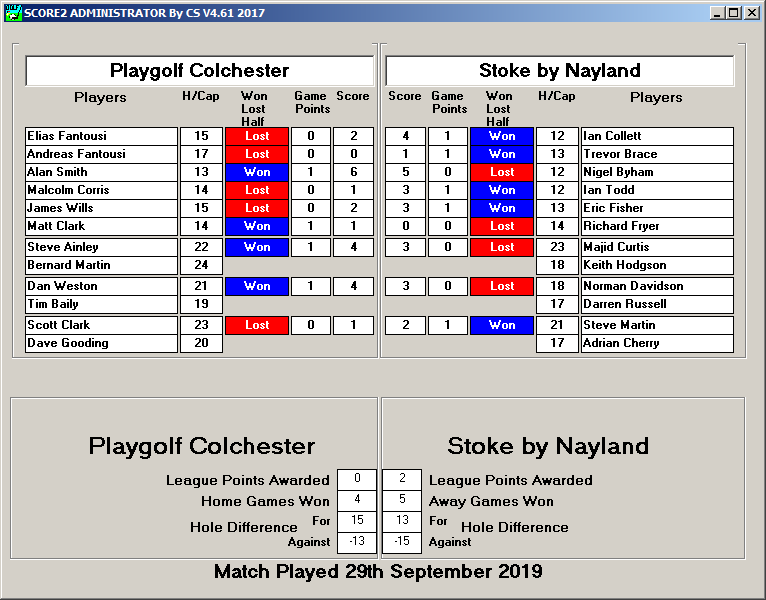 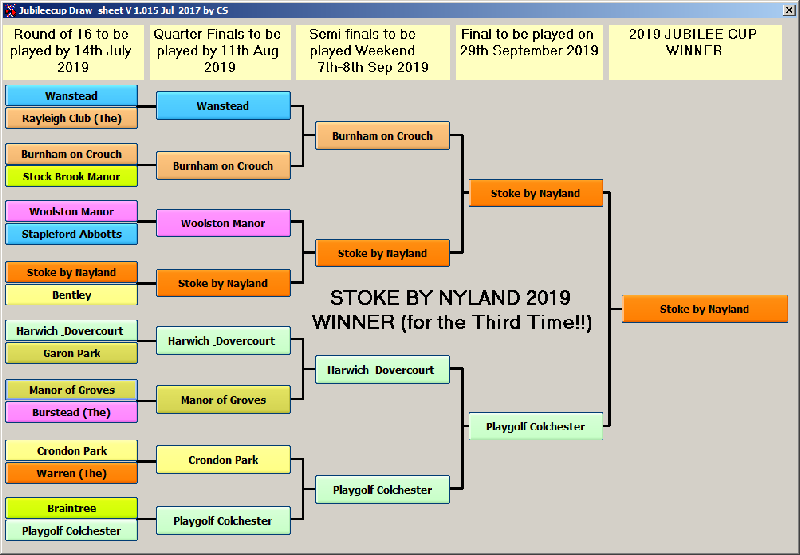 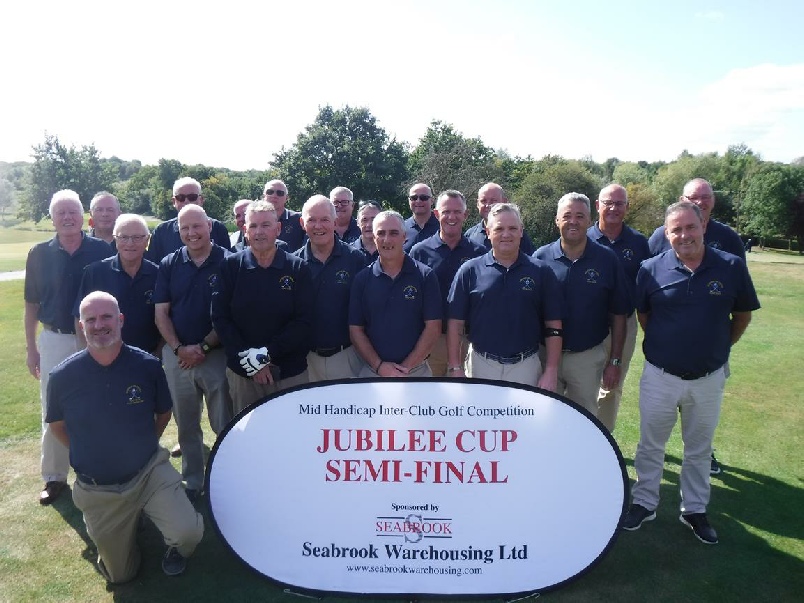 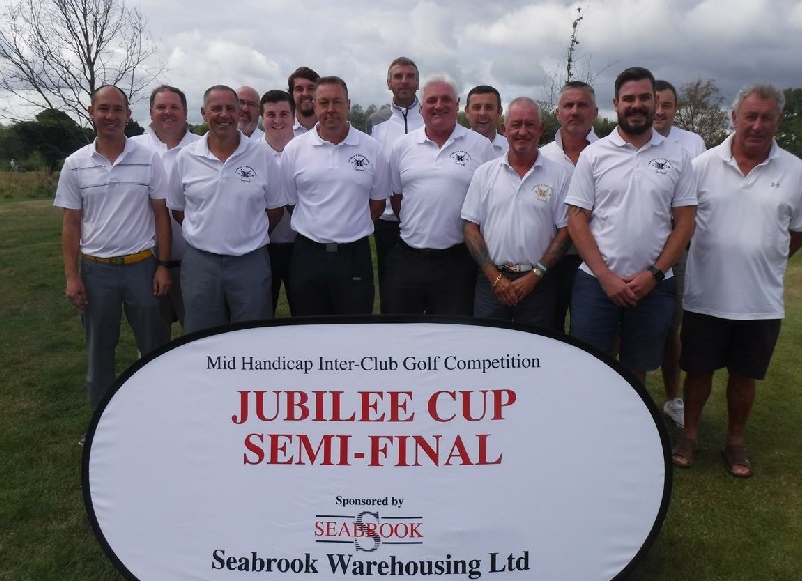 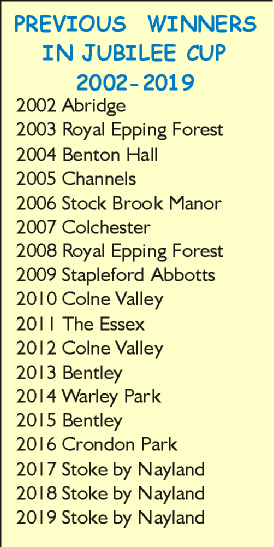